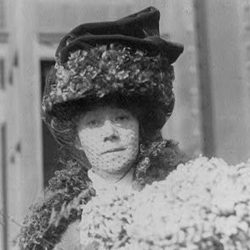 Yei Theodora Ozaki was an early 20th-century translator of Japanese short stories and fairy tales. Her translations were fairly liberal but have been popular, and were reprinted several times after her death.

An old woman is cruel to a sparrow - and is repaid in kind.

The Quarrel of the Monkey and the Crab

A monkey deceives a crab, but his greed catches up with him.

The Man Who Made The Trees Blossom

A kind old man is lucky, while a jealous neighbour suffers from his envy.

The Adventures of Kintaro, The Golden Boy

The tale of a brave boy samurai, and his adventures with his animal friends.

The Bamboo Cutter and the Moon Child

A moonlight princess does not wish to marry, or else she will disappear.

The Adventures of Momotaro, Son of a Peach

A brave boy goes on a quest to rid his village of wicked demons.

My Lord Bag of Rice

Hidesato kills a centipede and is rewarded with magical gifts.

The Happy Hunter and Skillful Fisher

Two brothers, a skilled fisher and a happy hunter, try to get along.

Princess Hase has a cruel stepmother, but she remains kind.

The story of Prince Yamato Take and his protector the Sun Goddess.