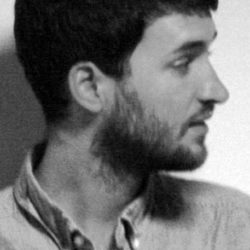 A typical child feels dangerously. Ideally the typical carer of this typical child creates a space where such dangerous feelings are not unacceptable: they can be expressed without too much humiliation or bodily harm. Such a caring carer sets meaningful and predictable boundaries. They absorb the most difficult of the child’s difficult feelings without the child becoming shadowed with guilt for requiring such care. Ideally the carer and the child, or carers and children, who share a loving, difficult, typical household contain one another, psychologists say, like some kind of garment that is also a wardrobe.

I am particularly susceptible to the pleasures of prologues, epistles to the reader, characters introduced only to tell stories about other people, pilgrims passing the time with what you are about to read. I like the feeling (of being misled).

To protect myself from it I placed it inside a frame.

In doing so I discovered C’s childish misapprehension (that the father required the son’s care) has grown up to become the truth. The father is dying. The child, of course, has moved away. He has children of his own.

The story opens with C’s father wondering how to break the news to his son, who he imagines, with fear and hope, is asleep in the next room, imagining his father.

‘All C needs to do is make it out of his bedroom,’ he begins, and the child is placed back inside the father (who is inside the child). We are safe.

The story of Little Golden Hood, who can be seen in the fields like the sun.

When Loona Bimberton pulls off a coup with her celebrated 'Algerian aviator', Mrs Packletide feels compelled to respond.

Lady Drakmanton comes up with an unorthodox way of dealing with the miserly Misses Smithly-Dubb.