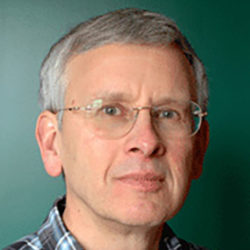 “Good morning, Mr. Ness,” said Dan as he walked into the classroom before school.

“Oh, good morning,” said Mr. Ness who was sitting at his teacher’s desk. “How can I help you?”

“I want to be a basketball,” said Dan.

“Why do you want to be a basketball?” asked Mr. Ness.

“I think it would be fun to fly in the air and then go swish through the net,” replied Dan.

“O.K.,” said Mr. Ness. He reached inside his desk and pulled out his lucky buffalo nickel. “Please come over here.”

Dan walked over to Mr. Ness. The teacher held the buffalo nickel above Dan’s head and said,

There was a loud poof, followed by some white smoke, and Dan was a basketball. He sat on the floor looking up at Mr. Ness.

Bill walked into the classroom just at that time.

“Bill, do you want to go out and play basketball?” asked Dan the basketball.

Bill stopped right in his tracks and looked at the talking basketball. “How can a basketball talk?” he asked.

“Bill, it’s me, Dan,” said Dan. “Mr. Ness used his lucky buffalo nickel and turned me into a basketball.”

“Boy, you must have done something really bad for Mr. Ness to turn you into a basketball,” said Bill.

“No, I didn’t. I asked him to turn me into a basketball. I wanted to be a basketball,” said Dan.

“You boys can go outside and play,” said

Mr. Ness. “You have about five minutes before school will start. Bill, just remember to bring Dan back inside.”

Bill grabbed Dan the basketball and ran outside with him.

“Cool basketball,” said the other kids on the playground.

“It is just me, your friend, Dan,” said the basketball.

The other kids and Bill played basketball with Dan the basketball.

“Does it hurt being a basketball?” asked Bill.

“Not a bit,” said Dan. “Shoot me through the hoop again.”

The bell for school to begin rang. Bill went back into the classroom with Dan and walked over to Mr. Ness. Mr. Ness held up the lucky buffalo nickel and said, “Dan, Dan, Dan.” There was a poof, then some white smoke, and Dan was Dan the boy again.

“Thanks, Mr. Ness. It was a lot of fun being a basketball. Maybe tomorrow I can be a baseball,” said Dan.

“I am glad you had fun. We can see about you being a baseball tomorrow. Now time for school,” said Mr. Ness.

The Glugs of Gosh - Joi, the Glug

Did you know sometimes I take little Joel to your graves? I weed. He runs whooping through the stones, over bodies. He scalps Indians, beheads terrorists....

When an wholly unsuitable man tries to aquire invitations to an aunt's picnic, the task of putting him off is left to Clovis.

Jacob is a Pancake

“I think I will be a pancake today,” said Jacob to his dog. His dog wagged its tail and seemed to think that would be a good thing.“Pancake, pancake,...