Jeremy and the Magic Lobster

Just cuz a crustacean can talk don't make him magic! A children's story for adults. 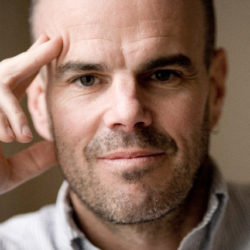 Jeremy lived out on Coney Island with his mother, father, and sister Cleo. He'd inhaled the smell of the ocean since the day he was born, and there was nothing in the world he liked better than to go for a walk on the beach.

Rain or shine, Jeremy hit the beach every day. He watched ships in the distance, listened to the waves, buoy-bells and foghorns, felt the sand and water on his feet and dreamed about sailing. Beach walks always made him hungry, and what Jeremy liked to eat was fish. In fact, anything that came out of the sea was just fine.

One day, after a particularly excellent walk, during the course of which he'd seen a three-masted schooner go by and a horseshoe crab wandering around at the shoreline, Jeremy went home and was delighted to see that his mother had bought lobsters for dinner. They were on the kitchen counter, still alive, wriggling their legs and antennae. Jeremy inspected them. He was seriously hungry and wanted to reserve the biggest one for himself. One of the lobsters was quite a bit bigger than the others. Its shell was almost black. Jeremy picked it up and looked into its beady little lobster eyes.

"Hey boss!" the lobster whispered. "Get me out of this jam and I will definitely make it worth your while."

"Keep your cool, kid. That fat lady over there might be watching us."

Jeremy thought fast. He petted the lobster like it was a cat and carried it over to his mother at the stove.

"Mama, this is the most amazingly beautiful lobster I've ever seen. Would it be all right if I kept him as a pet and had a sardine sandwich for dinner instead?"

Jeremy's mother shot him a strange look. "But Jeremy, you love lobster. I got them especially for you."

"Well, if that's what you really want, I guess it's all right."

"Thanks, mom." Jeremy hustled the lobster out of the kitchen and up to his room.

"Whew," the lobster said, "that was mighty close. The water in that dirty pot was almost boiling. Boss, you sure are one sharp character, and this is your lucky day, because...I am a magic lobster."

"That's right. And you've got some wishes coming."

"Sure, but I'll need a few things first. Like some water — salt water — in a clear tank, so I can see out. And please, please get these rubber bands off my claws."

Jeremy rummaged around the house until he found a decent-sized clear plastic tub. He filled it with water and sea salt and put the lobster in.

"You sure are fussy," Jeremy said. "I thought you lobsters didn't like hot water."

"Did I say hot? Warm, kid. Think vacation in Florida."

Jeremy fetched warm water. Then he had to sit through dinner eating a sardine sandwich while everyone else devoured lobsters with home-made mayonnaise.

Before going to bed that night, Jeremy leaned over the plastic tank on his table. The lobster seemed to be taking a little snooze.

"What I've really always wanted is a sailboat. Nothing too big, maybe a yawl. I'd paint her green and red and call her The Green Dolphin. I want to sail around the world, see the southern constellations, weather storms, ride out monster waves, catch fish, mend ropes, get some tattoos, smoke a pipe and play the accordion."

"Whoa, kid. Try to keep it simple. Here's the deal...you want a sailboat? OK, go to sleep now and dream of that sailboat. Then, with the magical power granted me by Neptune, I'll have it out there waiting for you just off the beach in the morning. Green and red, just like you said."

Jeremy dreamt of the Green Dolphin all night long.

Early the next morning, Jeremy raced out onto the beach, expecting to see his new sailboat fully rigged and ready to ply the bounding main. What he saw instead were some tar-stained plastic bottles bobbing in the low tide and some dead jellyfish on the sand.

When he got home from school, Jeremy sat down to have a talk with the lobster.

"Uh, to tell you the truth, kid, you forgot to feed me last night. I'd like to see you conjure up a whole sailboat on an empty stomach."

"Well yeah, kid. Usually that kind of stuff is all right, but a nice hamburger, rare, with some smoked oysters and spinach and maybe an eye-dropperful of your daddy's best whiskey...that'd make me feel highly magical, if you know what I mean."

Jeremy got all the stuff for the lobster's dinner, then watched him eat it. Wasn't a pretty sight.

"Ah, delicious! Now, what was it you were wishing for again?"

"A sailboat. Something with two masts, painted green and red."

"Oh yeah...listen kid, why don't we start out with something a little smaller? See, I haven't done this for a while."

"All right. How about a sextant?"

"You know: a navigational instrument, made of brass, with lenses and a mirror, used to gauge the angle of the sun at noon, or the other stars at night. I got a book about how to use a sextant from the library, but they're expensive and I don't think my parents would buy me one."

"How big is one of these six-shooter things?"

"Sextant. Not too big. Like a camera, I guess."

"All right, you got it! Now let's get some shut-eye, huh? Remember, dream about that saxophone you want and it'll be here when you awake, all shiny and new."

Jeremy woke up excited and anxious to go out on the beach to take a reading of the sun with his new sextant, but he couldn't find the thing anywhere. He tapped on the lobster's tank and woke him up. "Hey," Jeremy said. "Where is it?"

"Where's what, kid? You're bothering me."

"The sextant I wished for."

"Oh...listen, kid, I tried real hard, honest. But I couldn't work my magic because I was...'cause I was lonely."

"I didn't know lobsters got lonely."

"Sure we do, same as anyone. Here's what you do...there's gotta be a fish store here in the neighborhood, right? Well, you go on in there and tell the nice man you want the prettiest little female-type lobsterette he's got. Tell him to make her about two pounds, with long hind legs, a fan-shaped tail and dainty claws with rubber bands on 'em. You got that, kid?"

So Jeremy broke his piggy bank and spent his savings on a blue-shelled female lobster, the prettiest one in the whole fish store, according to the fishmonger. The magic lobster seemed highly pleased with her. He winked his beady eyes, clicked his claws and smoothed back his antennae.

"Ooh-la-la! Nice work, kid. She's gorgeous. You drop her right on in here and then go get us something to eat."

"Then will you get me a sextant?"

"Well, let's talk about that, kid. See, a sexton's kinda complicated. I couldn't quite get it to look right. Maybe you ought to wish for something simpler."

"All right. How about a ship's whistle, on a rope lanyard? Then I could at least pretend I was about to board a sailboat for a round-the-world voyage. Can you manage that?"

"Sure kid, sure. Ship's whistle. Nothing could be simpler. Now get lost for a while. Me and this nice-lookin' lady got to get acquainted."

Strange noises from the lobster tank kept Jeremy awake most of the night.

Next morning there was no trace of a ship's whistle anywhere in the house.

Jeremy got angry. "Hey, where's the whistle I wished for? You said it was easy. Are you sure you're a magic lobster?"

"Huh? Sure I am, kid. Of course I am. I just forgot to tell you...I need some magic clothes. You know, a silk top hat and cape and a black cane with a white knob on the end that I can use as a magic wand. What do you expect me to do, unless I got the right outfit? Besides, I gotta look sharp for my new girlfriend here..."

Jeremy put on his jacket, pulled the magic lobster out of the tank and headed for the beach.

"Hey kid, what's going on? You sore? Just say so. I'll try to work a little harder, I swear. You're not going to sell me to some restaurant, are you?"

Jeremy didn't answer. He walked down to the beach and out onto the long pier. The lobster began to shake in terror.

"I'm throwing you back where you belong. You're no magic lobster."

"Aw, don't do that, kid. It's murder out there. Nothing but other fish trying to eat me and fishermen in boats trying to catch me in a trap. It's cold and dark and it's tough to find food. Besides, I am too magic. I can talk, can't I?"

Jeremy threw the magic lobster as far as he could. It waved its claws in the air, made a splash and was gone. A few bubbles rose to the surface.

Jeremy kept the female lobster as a pet. Her bright blue shell reminded Jeremy of the sea on a clear day. She didn't seem to miss the magic lobster much either.

The Westernization of Mrs Jones

The story of the Filipino wife of a misogynistic soldier.

A Diagnosis of Death

A man explains to his doctor how he came to believe in ghosts.

Chastisement By The Lambs

The Wolf and the Seven Little Kids

A mother goat leaves her seven kids at home alone... are they smart enough to outwit a visiting wolf?