The Bird with Nine Heads

When the king's daughter is taken by a bird with nine heads, who will save her? 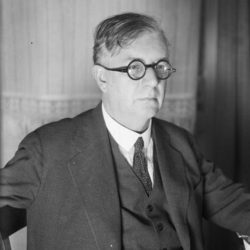 Long, long ago, there once lived a king and a queen who had a daughter. One day, when the daughter went walking in the garden, a tremendous storm suddenly came up and carried her away with it. Now the storm had come from the bird with nine heads, who had robbed the princess, and brought her to his cave. The king did not know whither his daughter had disappeared, so he had proclaimed throughout the land: “Whoever brings back the princess may have her for his bride!”

Now a youth had seen the bird as he was carrying the princess to his cave. This cave, though, was in the middle of a sheer wall of rock. One could not climb up to it from below, nor could one climb down to it from above. And as the youth was walking around the rock, another youth came along and asked him what he was doing there. So the first youth told him that the bird with nine heads had carried off the king’s daughter, and had brought her up to his cave. The other chap knew what he had to do. He called together his friends, and they lowered the youth to the cave in a basket. And when he went into the cave, he saw the king’s daughter sitting there, and washing the wound of the bird with nine heads; for the hound of heaven had bitten off his tenth head, and his wound was still bleeding. The princess, however, motioned to the youth to hide, and he did so. When the king’s daughter had washed his wound and bandaged it, the bird with nine heads felt so comfortable, that one after another, all his nine heads fell asleep. Then the youth stepped forth from his hiding-place, and cut off his nine heads with a sword. But the king’s daughter said: “It would be best if you were hauled up first, and I came after.”

“No,” said the youth. “I will wait below here, until you are in safety.” At first the king’s daughter was not willing; yet at last she allowed herself to be persuaded, and climbed into the basket. But before she did so, she took a long pin from her hair, broke it into two halves and gave him one and kept the other. She also divided her silken kerchief with him, and told him to take good care of both her gifts. But when the other man had drawn up the king’s daughter, he took her along with him, and left the youth in the cave, in spite of all his calling and pleading.

The youth now took a walk about the cave. There he saw a number of maidens, all of whom had been carried off by the bird with nine heads, and who had perished there of hunger. And on the wall hung a fish, nailed against it with four nails. When he touched the fish, the latter turned into a handsome youth, who thanked him for delivering him, and they agreed to regard each other as brothers. Soon the first youth grew very hungry. He stepped out in front of the cave to search for food, but only stones were lying there. Then, suddenly, he saw a great dragon, who was licking a stone. The youth imitated him, and before long his hunger had disappeared. He next asked the dragon how he could get away from the cave, and the dragon nodded his head in the direction of his tail, as much as to say he should seat himself upon it. So he climbed up, and in the twinkling of an eye he was down on the ground, and the dragon had disappeared. He then went on until he found a tortoise-shell full of beautiful pearls. But they were magic pearls, for if you flung them into the fire, the fire ceased to burn and if you flung them into the water, the water divided and you could walk through the midst of it. The youth took the pearls out of the tortoise-shell, and put them in his pocket. Not long after he reached the sea-shore. Here he flung a pearl into the sea, and at once the waters divided and he could see the sea-dragon. The sea-dragon cried: “Who is disturbing me here in my own kingdom?” The youth answered: “I found pearls in a tortoise-shell, and have flung one into the sea, and now the waters have divided for me.”

“If that is the case,” said the dragon, “then come into the sea with me and we will live there together.” Then the youth recognized him for the same dragon whom he had seen in the cave. And with him was the youth with whom he had formed a bond of brotherhood: He was the dragon’s son.

“Since you have saved my son and become his brother, I am your father,” said the old dragon. And he entertained him hospitably with food and wine.

One day his friend said to him: “My father is sure to want to reward you. But accept no money, nor any jewels from him, but only the little gourd flask over yonder. With it you can conjure up whatever you wish.”

And, sure enough, the old dragon asked him what he wanted by way of a reward, and the youth answered: “I want no money, nor any jewels. All I want is the little gourd flask over yonder.”

At first the dragon did not wish to give it up, but at last he did let him have it, after all. And then the youth left the dragon’s castle.

When he set his foot on dry land again he felt hungry. At once a table stood before him, covered with a fine and plenteous meal. He ate and drank. After he had gone on a while, he felt weary. And there stood an ass, waiting for him, on which he mounted. After he had ridden for a while, the ass’s gait seemed too uneven, and along came a wagon, into which he climbed. But the wagon shook him up too, greatly, and he thought: “If I only had a litter! That would suit me better.” No more had he thought so, than the litter came along, and he seated himself in it. And the bearers carried him to the city in which dwelt the king, the queen and their daughter.

When the other youth had brought back the king’s daughter, it was decided to hold the wedding. But the king’s daughter was not willing, and said: “He is not the right man. My deliverer will come and bring with him half of the long pin for my hair, and half my silken kerchief as a token.” But when the youth did not appear for so long a time, and the other one pressed the king, the king grew impatient and said: “The wedding shall take place to-morrow!” Then the king’s daughter went sadly through the streets of the city, and searched and searched in the hope of finding her deliverer. And this was on the very day that the litter arrived. The king’s daughter saw the half of her silken handkerchief in the youth’s hand, and filled with joy, she led him to her father. There he had to show his half of the long pin, which fitted the other exactly, and then the king was convinced that he was the right, true deliverer. The false bridegroom was now punished, the wedding celebrated, and they lived in peace and happiness till the end of their days.

The Spirit of Emulation

Rivalry erupts amongst the inhabitants of an apartment building.

The classic sad fairy tale about a poor little match girl selling matches in the snow at Christmas.

On Weather: Against The River

Sergeant Randall backed his pickup into the motor pool, got out, dropped the tailgate, and asked who all wanted a Coors. Several guys indicated they did, so...

The Sunshine tells stories about all whom she has shined upon.