An artist and a businessman travel from the west to seek their fortunes in New York. 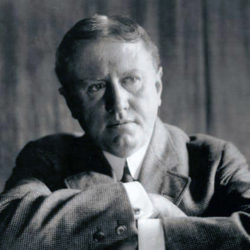 The gods, lying beside their nectar on 'Lympus and peeping over the edge of the cliff, perceive a difference in cities. Although it would seem that to their vision towns must appear as large or small ant-hills without special characteristics, yet it is not so. Studying the habits of ants frm so great a height should be but a mild diversion when coupled with the soft drink that mythology tells us is their only solace. But doubtless they have amused themselves by the comparison of villages and towns; and it will be no news to them (nor, perhaps, to many mortals), that in one particularity New York stands unique among the cities of the world. This shall be the theme of a little story addressed to the man who sits smoking with his Sabbath-slippered feet on another chair, and to the woman who snatches the paper for a moment while boiling greens or a narcotized baby leaves her free. With these I love to sit upon the ground and tell sad stories of the death of Kings.

New York City is inhabited by 4,000,000 mysterious strangers; thus beating Bird Centre by three millions and half a dozen nine's. They came here in various ways and for many reasons - Hendrik Hudson, the art schools, green goods, the stork, the annual dressmakers' convention, the Pennsylvania Railroad, love of money, the stage, cheap excursion rates, brains, personal column ads., heavy walking shoes, ambition, freight trains - all these have had a hand in making up the population.

But every man Jack when he first sets foot on the stones of Manhattan has got to fight. He has got to fight at once until either he or his adversary wins. There is no resting between rounds, for there are no rounds. It is slugging from the first. It is a fight to a finish.

Your opponent is the City. You must do battle with it from the time the ferry-boat lands you on the island until either it is yours or it has conquered you. It is the same whether you have a million in your pocket or only the price of a week's lodging.

The battle is to decide whether you shall become a New Yorker or turn the rankest outlander and Philistine. You must be one or the other. You cannot remain neutral. You must be for or against - lover or enemy - bosom friend or outcast. And, oh, the city is a general in the ring. Not only by blows does it seek to subdue you. It woos you to its heart with the subtlety of a siren. It is a combination of Delilah, green Chartreuse, Beethoven, chloral and John L. in his best days.

In other cities you may wander and abide as a stranger man as long as you please. You may live in Chicago until your hair whitens, and be a citizen and still prate of beans if Boston mothered you, and without rebuke. You may become a civic pillar in any other town but Knickerbocker's, and all the time publicly sneering at its buildings, comparing them with the architecture of Colonel Telfair's residence in Jackson, Miss., whence you hail, and you will not be set upon. But in New York you must be either a New Yorker or an invader of a modern Troy, concealed in the wooden horse of your conceited provincialism. And this dreary preamble is only to introduce to you the unimportant figures of William and Jack.

They came out of the West together, where they had been friends. They came to dig their fortunes out of the big city.

Father Knickerbocker met them at the ferry, giving one a right-hander on the nose and the other an upper-cut with his left, just to let them know that the fight was on.

William was for business; Jack was for Art. Both were young and ambitious; so they countered and clinched. I think they were from Nebraska or possibly Missouri or Minnesota. Anyhow, they were out for success and scraps and scads, and they tackled the city like two Lochinvars with brass knucks and a pull at the City Hall.

Four years afterward William and Jack met at luncheon. The business man blew in like a March wind, hurled his silk hat at a waiter, dropped into the chair that was pushed under him, seized the bill of fare, and had ordered as far as cheese before the artist had time to do more than nod. After the nod a humorous smile came into his eyes.

"Billy," he said, "you're done for. The city has gobbled you up. It has taken you and cut you to its pattern and stamped you with its brand. You are so nearly like ten thousand men I have seen to-day that you couldn't be picked out from them if it weren't for your laundry marks."

"Camembert," finished William. "What's that? Oh, you've still got your hammer out for New York, have you? Well, little old Noisyville-on-the-Subway is good enough for me. It's giving me mine. And, say, I used to think the West was the whole round world - only slightly flattened at the poles whenever Bryan ran. I used to yell myself hoarse about the free expense, and hang my hat on the horizon, and say cutting things in the grocery to little soap drummers from the East. But I'd never seen New York, then, Jack. Me for it from the rathskellers up. Sixth Avenue is the West to me now. Have you heard this fellow Crusoe sing? The desert isle for him, I say, but my wife made me go. Give me May Irwin or E. S. Willard any time."

"Don't see exactly what you are driving at," said William. "I don't wear an alpaca coat with blue trousers and a seersucker vest on dress occasions, like I used to do at home. You talk about being cut to a pattern - well, ain't the pattern all right? When you're in Rome you've got to do as the Dagoes do. This town seems to me to have other alleged metropolises skinned to flag stations. According to the railroad schedule I've got in mind, Chicago and Saint Jo and Paris, France, are asterisk stops - which means you wave a red flag and get on every other Tuesday. I like this little suburb of Tarrytown-on-the-Hudson. There's something or somebody doing all the time. I'm clearing $8,000 a year selling automatic pumps, and I'm living like kings-up. Why, yesterday, I was introduced to John W. Gates. I took an auto ride with a wine agent's sister. I saw two men run over by a street car, and I seen Edna May play in the evening. Talk about the West, why, the other night I woke everybody up in the hotel hollaring. I dreamed I was walking on a board sidewalk in Oshkosh. What have you got against this town, Jack? There's only one thing in it that I don't care for, and that's a ferryboat."

The artist gazed dreamily at the cartridge paper on the wall. "This town," said he, "is a leech. It drains the blood of the country. Whoever comes to it accepts a challenge to a duel. Abandoning the figure of the leech, it is a juggernaut, a Moloch, a monster to which the innocence, the genius, and the beauty of the land must pay tribute. Hand to hand every newcomer must struggle with the leviathan. You've lost, Billy. It shall never conquer me. I hate it as one hates sin or pestilence or - the color work in a ten-cent magazine. I despise its very vastness and power. It has the poorest millionaires, the littlest great men, the lowest skyscrapers, the dolefulest pleasures of any town I ever saw. It has caught you, old man, but I will never run beside its chariot wheels. It glosses itself as the Chinaman glosses his collars. Give me the domestic finish. I could stand a town ruled by wealth or one ruled by an aristocracy; but this is one controlled by its lowest ingredients. Claiming culture, it is the crudest; asseverating its pre-eminence, it is the basest; denying all outside values and virtue, it is the narrowest. Give me the pure and the open heart of the West country. I would go back there to-morrow if I could."

"Don't you like this filet mgnon?" said William. "Shucks, now, what's the use to knock the town! It's the greatest ever. I couldn't sell one automatic pump between Harrisburg and Tommy O'Keefe's saloon, in Sacramento, where I sell twenty here. And have you seen Sara Bernardt in 'Andrew Mack' yet?"

"All right," said William. "I'm going to buy a cottage on Lake Ronkonkoma next summer."

At midnight Jack raised his window and sat close to it. He caught his breath at what he saw, though he had seen and felt it a hundred times.

Far below and around lay the city like a ragged purple dream. The irregular houses were like the broken exteriors of cliffs lining deep gulches and winding streams. Some were mountainous; some lay in long, desert canons. Such was the background of the wonderful, cruel, enchanting, bewildering, fatal, great city. But into this background were cut myriads of brilliant parallelograms and circles and squares through which glowed many colored lights. And out of the violet and purple depths ascended like the city's soul sounds and odors and thrills that make up the civic body. There arose the breath of gaiety unrestrained, of love, of hate, of all the passions that man can know. There below him lay all things, good or bad, that can be brought from the four corners of the earth to instruct, please, thrill, enrich, despoil, elevate, cast down, nurture or kill. Thus the flavor of it came up to him and went into his blood.

There was a knock on his door. A telegram had come for him. It came from the West, and these were its words:

"Come back and the answer will be yes. "DOLLY."

He kept the boy waiting ten minutes, and then wrote the reply: "Impossible to leave here at present." Then he sat at the window again and let the city put its cup of mandragora to his lips again.

After all it isn't a story; but I wanted to know which one of the heroes won the battle against the city. So I went to a very learned friend and laid the case before him. What he said was: "Please don't bother me; I have Christmas presents to buy."

So there it rests; and you will have to decide for yourself.

A Pair Of Silk Stockings

Little Mrs. Sommers one day found herself the unexpected possessor of fifteen dollars.

An atmospheric recollection of a riverside encounter.

Lady Drakmanton comes up with an unorthodox way of dealing with the miserly Misses Smithly-Dubb.

How do you catch someone who is falling into their own mind?