A woman awaits the return of her husband at the end of the war. 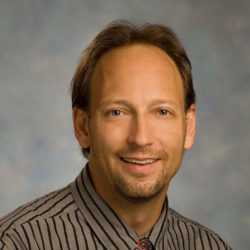 "Spring is not meant to be cold." This is what Ella thought as she bent over and picked up the sleeping stones she had placed outside several days ago. The way the sun was shining made her feel as if the season was being cheated. She moved from stone to stone with a vague feeling of anger; some watery form of injustice.

"Where is the spring?" she thought again, picking up another slab.

While she was thus engaged in this somewhat depressing activity, a black shadow slid near her, abruptly soaking up the brilliant sunshine. The shadow took on the oblong shape of a man; a somewhat overweight and short man, with hair that struck out wildly from one side of his head like a snake lashing out.

Ella noted the arrival but did not bend from the task of gathering the flat, slate-like pieces of rock into a large wicker basket, which increasingly bowed under the weight of each individual stone and creaked in protest. She was his opposite in physical appearance (and other ways, too), being tall and relatively frail, yet he offered no help.

Instead, he spoke in a gruff, almost animal voice. "I told you, Ellie, it was too early to turn the stones out. Didn't I tell 'e? I like to have froze last night..."

In this part of Kentucky, between the Cumberland River and the descent to bluegrass, turning the sleeping stones out was a symbolic concession to the coming of spring. Older women insisted that the stones would maintain their heat better if they basked in the blazing summer sunshine until the next fall.

Ella, for reasons even she didn't fully understand, was anxious for summer to arrive. Perhaps too anxious, as it turned out.

"You're right," she said quickly, although her voice most plainly bespoke of some other emotion than pleasant agreement, and her hands quickened their pace in sympathy to that feeling. "I'll get your breakfast so you can get to work on the corn beside the creek."

The man grunted in response, pushing a dirty hand through the recalcitrant black hair on his head, then disappeared inside the small frame farmhouse. Ella picked up the last sleeping stone and held it in her hand. Why was spring so reluctant this year? Surely enduring such a miserable, starving winter entitled them to decent planting weather. The stone in her hand was unreadable.

Ella was not strong person in the physical sense, coming from a family of small-boned, almost fragile country women that drew looks on Sunday then couldn't draw the plow on Monday, but she did have an iron will when she set herself to do something.

On the mental side of things, however, she inherited too much from her father's side, which tended toward charity, philosophy, and ultimately depression.

She stood for a long moment with the heavy basket pulling at her arm like ball and chain, staring with sad black eyes down the dusty road that crossed the Big Sandy River and eventually shook hands with the county courthouse. That was the direction Horey would come from when he returned from the army. She inadvertently blushed and immediately scurried back into the house to see to breakfast.

News traveled slower than normal that spring, owing in part to the cool weather, and also because change sometimes occurred in the outside world too quickly. President Lincoln had been dead a full two weeks when Ella found out that the war was over.

A thrill similar to when she had prematurely set the sleeping stones out passed through her in waves.

"I'm wonderful, Franklin! Wouldn't you think now that Morgan's men would be disbanding soon, now that it's all over?"

A shadow crossed Franklin's wrinkled face, and he slowly turned his eyes to the horizon where the gruff man was locked in combat with a mule and a plow.

"I reckon so," he said, still gazing off at the field, "but you'd best not to get your hopes up too high. They'll probably keep men like Horey longer than the rest." Franklin began chewing on his lip.

Ella nodded slowly. Horey was taken prisoner during General Morgan's great Ohio Raid. One letter had come from Elmira prison, well over a year ago. Since then, there had been no word at all.

She followed Franklin's eyes out to the field where the gruff man was working. He was a compromise, for lack of a better word, and he kept the food on the table. He was a mule for her family.

Several small children tumbled out of the house and joined their mother, tugging at her tapioca dress and dirt-stained apron. The eldest, a five-year-old boy named after and strongly resembling his father, looked at Franklin cautiously.

Franklin shook his head mutely, then tipped his ratty felt hat to Ella.

"You will let me know, won't you?" she said, following him a little like a young bird fallen from the nest. "Won't you?"

News, however, was erratic at best. Some of Morgan's men returned, haggard, gaunt, silent with fatigue; some of them didn't return. There was no acquiescence to rhyme or reason in the matter. Some of those returning knew Horey; others didn't.

None knew of his present status.

"You knew he wasn't going to come back," the gruff one said (whose real name was Zebulon according to Ella's preacher). "Have any one of them from Ohio come back?"

"Morgan came back," she said, a little bit impetuously. "Morgan escaped from the penitentiary in Columbus."

The other said nothing at first, just scowling. Then, "Yes, and Morgan is dead now, too, ain't he?"

There was no point in arguing.

Too many compromises. Too many things that could not be reconciled. Ella's emotions were like spring, long delayed and buried in a layer of frost covering the earth.

Even the seasons, however, cannot be held back forever. Eventually even the latest flower must come into full bloom.

Ella blossomed on a day late in May, when there was no longer any doubt about the coming of the warm weather.

The gruff one looked up from his hoe slowly, beads of perspiration rolling down his forehead. He looked her up and down like a piece of farm equipment that wasn't working quite right, then leaned on the hoe, bending it dangerously.

"Am I hearing you co-rectly, Ellie?"

The gruff one laughed - a single sneering, contemptuous note of surprise. The hoe wavered, then snapped.

"My husband will do it."

He sneered again, searched for words and came up with muscle flexes instead, then stomped toward the house. The children did not look or speak to him as he went inside and banged doors loudly.

Ella knew he would leave. He couldn't argue with the inevitable - he was not intellectually capable of it. Two hours later, the only evidence that he had been living on the farm was the broken hoe in the tobacco patch.

The sleeping stones went back out the same day. The rocks seemed clean and unstained in their perfect smoothness, caressing her hands as she placed them down on the ground in the very front of the yard. They warmed in the sun as she watched them, glowing with some kind of stability that was beyond human achievement.

Her children appeared behind her, startling her after a moment. The boy spoke for all of them.

"Does this mean that Pa is going to be home?"

On the first of June, Franklin brought the mail and then lingered as he placed it in the box. After a moment or two of looking around and seeing no one, he furtively stuck his hand back into the shabby wooden box and withdrew a small letter, shoving it surreptitiously into his pocket. Then he jumped back on his horse and withdrew, glancing occasionally over his shoulder.

He did not know that Ella watched him the entire time. The letter was black-rimmed and could only mean one thing. Ella didn't have to read it to know that her husband was dead.

When Franklin returned the next day, he immediately noticed that Ella's sleeping stones were missing. As he called out a lukewarm greeting to her, he also noticed someone cutting suckers off the burley several hundred yards away.

Ella said nothing to him, offering only a very subdued lift of one narrow lip.

Franklin decided to say nothing as well, tipping his old hole-ridden hat and turning away.

A snow man falls in love with a hot stove...

A Crown of Kingfishers

It being the last Thursday of the month, the greatest witch in Ireland had gone to the hairdressers and would not return for another hour

An older woman goes for a walk in the park.