Six degrees of separation is the hypothesis that anyone on earth can be connected to any other person through a chain of acquaintances with no more than five intermediaries. 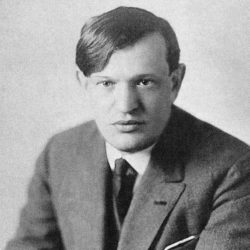 We were arguing energetically about whether the world is actually evolving, headed in a particular direction, or whether the entire universe is just a returning rhythm's game, a renewal of eternity. "There has to be something of crucial importance," I said in the middle of debate. "I just don't quite know how to express it in a new way; I hate repeating myself:'

Let me put it this way: Planet Earth has never been as tiny as it is now. It shrunk - relatively speaking of course - due to the quickening pulse of both physical and verbal communication. This topic has come up before, but we had never framed it quite this way. We never talked about the fact that anyone on Earth, at my or anyone's will, can now learn in just a few minutes what I think or do, and what I want or what I would like to do. If I wanted to convince myself of the above fact: in couple of days I could be - Hocus pocus! - where I want to be.

Now we live in fairyland. The only slightly disappointing thing about this land is that it is smaller than the real world has ever been.

Chesterton praised a tiny and intimate, small universe and found it obtuse to portray the Cosmos as something very big. I think this idea is peculiar to our age of transportation. While Chesterton rejected technology and evolution, he was finally forced to admit that the fairyland he dreamed of could only come about through the scientific revolution he so vehemently opposed.

Everything returns and renews itself. The difference now is that the rate of these returns has increased, in both space and time, in an unheard-of fashion. Now my thoughts can circle the globe in minutes. Entire passages of world history are played out in a couple of years.

Something must result from this chain of thoughts. If only I knew what! (I feel as if I knew the answer to all this, but I've forgotten what it was or was overcome with doubt. Maybe I was too close to the truth. Near the North Pole, they say, the needle of a compass goes haywire, turning around in circles. It seems as if the same thing happens 10 our beliefs when we get too close 10 God.)

A fascinating game grew out of this discussion. One of us suggested performing the following experiment to prove that the population of the Earth is closer together now than they have ever been before. We should select any person from the 1.5 billion inhabitants of the Earth - anyone, anywhere at all. He bet us that, using no more than five individuals, one of whom is a personal acquaintance, he could contact the selected individual using nothing except the network of personal acquaintances. For example, "Look, you know Mr. X.Y., please ask him to contact his friend Mr. Q.Z., whom he knows, and so forth."

"An interesting idea!" – someone said – "Let's give it a try. How would you contact Selma Lagerlöf?"

"Well now, Selma Lagerlöf," the proponent of the game replied, "Nothing could be easier." And he reeled off a solution in two seconds: "Selma Lagerlöf just won the Nobel Prize for Literature, so she's bound to know King Gustav of Sweden, since, by rule, he's the one who would have handed her the Prize. And it's well known that King Gustav loves to play tennis and participates in international tennis tournaments. He has played Mr. Kehrling, so they must be acquainted. And as it happens I myself also know Mr. Kehrling quite well." (The proponent was himself a good tennis player.) ~AII we needed this time was two out of five links. That's not surprising since it's always easier to find someone who knows a famous or popular figure than some run-of-the-mill, insignificant person. Come on, give me a harder one to solve!"

I proposed a more difficult problem: to find a chain of contacts linking myself with an anonymous riveter at the Ford Motor Company - and I accomplished it in four steps. The worker knows his foreman, who knows Mr. Ford himself, who, in tum, is on good tennis with the director general of the Hearst publishing empire. I had a close friend, Mr. Árpád Pásztor, who had recently struck up an acquaintance with the director of Hearst publishing. It would take but one word to my friend to send a cable to the general director of Hearst asking him to contact Ford who could in tum contact the foreman, who could then contact the riveter, who could then assemble a new automobile for me, should I need one

And so the game went on. Our friend was absolutely correct: nobody from the group needed more than five links in the chain to reach, just by using the method of acquaintance, any inhabitant of our Planet.

And this leads us to another question: Was there ever a time in human history when this would have been impossible? Julius Caesar, for instance, was a popular man, but if he had got it into his head to try and contact a priest from one of the Mayan or Aztec tribes that lived in the Americas at that time, he could not have succeeded - not in five steps, not even in three hundred. Europeans in those days knew less about America and its inhabitants than we now know about Mars and its inhabitants.

So something is going on here, a process of contraction and expansion which is beyond rhythms and waves. Something coalesces, shrinks in size, while something else flows outward and grows. How is it possible that all this expansion and material growth can have started with a tiny, glittering speck that flared up millions of years ago in the mass of nerves in a primitive human's head? And how is it possible that by now, this continuous growth has the inundating ability to reduce the entire physical world to ashes? Is it possible that power can conquer matter, that the soul makes a mightier truth than the body, that life has a meaning that survives life itself, that good survives evil as life survives death, that God, after all, is more powerful than the Devil?

I am embarrassed to admit - since it would look foolish - that I often catch myself playing our well-connected game not only with human beings, but with objects as well. I have become very good al il. It's a useless game, of course, but I think I'm addicted to it, tike a gambler who, having los1 all of his money, plays for dried beans without any hope of real gain - just to see the four colors of the cards. The strange mind-game that clatters in me all the time goes like this: how can I link, with three, four, or at most five links of the chain, trivial, everyday things of life.
How can I link one phenomenon to another? How can I join the relative and the ephemeral with steady, permanent things - how can I tie up the part with the whole?

It would be nice to just live, have fun, and take notice only of the utility of things: how much pleasure or pain they cause me. Alas, it's not possible. I hope that this game will help me find something else in the eyes that smile at me or the first that strikes me, something beyond the urge to draw near to the former and to shy away from the latter. One person loves me, another hates me. Why? Why the love and the hatred?

There are two people who do not understand one another, but I'm supposed to understand both. How? Someone is selling grapes in the street while my young son is crying in the other room. An acquaintance's wife has cheated on him while a crowd of hundred and fifty thousand watches the Dempsey match, Romain Roland's3 last novel bombed while my friend Q changes his mind about Mr. Y. Ring-a-ring o' roses, a pocketful of posies. How can one possibly construct any chain of connections between these random things, without filling thirty volumes of philosophy, making only reasonable suppositions. The chain starts with the matter, and its last link leads to me, as the source of everything.

Well, just like this gentleman, who stepped up to my table in the café where I am now writing. He walked up to me and interrupted my thoughts with some trifling, insignificant problem and made me forget what I was going to say. Why did he come here and disturb me? The first link: he doesn't think much of people he finds scribbling. The second link: this world doesn't value scribbling nearly as much as it used to just a quarter of a century ago. The famous worldviews and thoughts that marked the end of the 19th century are to no avail today. Now we disdain the intellect. The third link: this disdain is the source of the hysteria and fear and terror that grips Europe today. And so to the fourth link: the order of the world has been destroyed.

Well, then let a New World Order appear! Let the new Messiah of the world come! Let the God of the universe show himself once more through the burning-bush! Let there be peace, let there be war, let there be revolutions, so that – and here is the fifth link - it cannot happen again that someone should dare disturb me when I am at play, when I set free the phantoms of my imagination, when I think!

The Baroness gives Elinor Rapsley some advice on dealing with her troublesome garden.

When Clovis must back-up his claim that he can produce quality poetry by the square yard, Bertie van Tahn assumes the role of critic.

The Stampeding of Lady Bastable

Lady Bastable is - quite rightly - reluctant to look after young Clovis for a week.

When his wife's dog begins to shift the balance of power in their relationship, Mr Strudwarden resolves to take extreme measures.