He dances maida maida, like a butterfly around the candle. 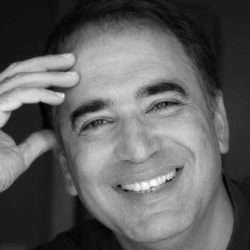 He dances maida maida, like a butterfly around the candle. His feet strike the ground gently in harmony with the beat of the drum. There are wave-like motions in his hands. His eyes move to and fro, mimicking Bollywood women dancers, hypnotising the audience. When he bends his body backward and forward a thunder of applause resounds. The big room is packed. Very little space is left for dancing - for him to run to the end of the earth, to fly above the cloud, to navigate in vast oceans. A roar of praise fills the night. The crowd's frenzy almost smothers the music. It is he who has generated this madness. He can only hear. His vision is blurred through smoking Afghan black and drinking vodka. He doesn't need to see too clearly, just to hear the music and the words "Your boy is the best, Akram." He knows that he has learned the art of dancing and he is the best in the province of Farkhar. The room is darkened by the cloud of hashish smoke

Ever since he learned which of his hands was the right one and which was the left, he was out on the street begging for food. Sometimes he noticed children playing football, topdanda, running after one another, playing hide-and-seek. The only things that he wanted to hide from were poverty and hunger and here in Akram's fortress he was hiding, hiding from himself.

Akram is more than a father to him. His own father left him in poverty and the torture of hunger. Akram loves him.

"I want you to be mine forever."

"Tell me that you are my wife."

And Akram marries him one day. A mullah comes for the marriage ceremony. The mullah is wearing a big blue turban. His upper teeth always bite his lower lip and his eyes are crossed. Two witnesses also come with the mullah. In the wedding photograph, Akram, the tall commander who has fought the Russians in the name of jihad, has a shiny charcoal beard trimmed by the barber. His cheeks are smooth, tanned and a little greasy but he has washed just before the marriage. His white traditional clothes are ironed to perfection. He is wearing a holster around his waist and only part of it can be seen on his right, under the waistcoat. On his left the boy is standing with long hair, red lipstick, his face is made white with powder and his cheeks have too much red make-up on them. He is wearing female clothes. His eyes are smiling.

"They can," Akram emphasises. "Money marries them and you are not man. You are my boy, my wife."

He was eight years old when he met Akram. He remembers the day. Was it Sunday or Monday or Friday? The boy didn't know the official names of the days. Let's say it was hungerday and he was searching for food like a dog in the streets. All day he begged for money or a small piece of bread, with no luck. Suddenly from nowhere Akram appeared, a Coca-Cola in hand. Akram offered him the Coca-Cola but the boy did not say that he was hungry, nor thirsty. He grabbed the Coca-Cola, drank the whole content at once and started burping. "Do you want to have a kebab?" Akram asked. He looked at Akram's hand to see if he was holding a kebab wrapped up in a piece of bread. Akram took him to a restaurant and ordered a kebab for him. The waiter was reluctant to serve them, seeing the boy's hands blackened with dirt and his torn clothes. At that moment Akram did something that scared the boy. He glared angrily at the waiter. The waiter trembled, especially when Akram pulled his gun from his waist and put it on the table in front of him. The boy ate three portions and wanted to stay there longer to eat more when he was hungry again but Akram took him to his car and drove for many hours to another province where he was a commander.

Akram lived in a big fortress with his children and wives, guarded by his private soldiers. The boy was given a big room at the entrance of the fortress. Here he learned the art of dancing from the best dance teachers, accompanied by excellent musicians. Dancing was not the only thing that he learned. Akram taught him sex. It was extremely painful at the beginning but then he got used to it. He had been trained to accept pain long before being trained to become a dancer and a sex object. Returning to his past and family never crossed his mind, returning to poverty and the torture of hunger. What was the name of the place where he lived before coming to this fortress anyway? Here the boy is the best dancer and Akram loves him.

He is precious. Before each performance which is always at night until dawn, he is prepared by his teacher. His make-up is a very delicate matter. Mascara makes his eyelashes darker and long. His thin eyebrows are full arches. His lipstick thickens his lips. The teacher dresses him in female clothes but the last honour, the payzayb is left for Akram. Akram fits the pazaybs around the boy's ankle. They will keep the rhythm of the dance.

He doesn't know but the moon above the cloud, the cloud above the mountain, the mountain on the shoulder of the earth, the earth on the back of a dragon know that some years later when the boy is just sixteen years old everything will change. But at the moment he is the moon on the calm water of the lake, the sun behind sutton cloud, the gentle breeze in the summer, the canary, the music. He walks on the heart of the men and his footprint remains. They have seen many boys before him but not like him from heaven, a ghilman. He is king and queen at the same time, king of dance, queen of Akram.

Years come and years go. He wants to hold the time by reversing its effect on his body with the use of cosmetics, but new boys become topics of conversation for Akram and his friends. Akram is ready for hunting and longs for the charm and innocence of younger boys.

He has crossed the period of being loved. As he walks into the realm of sweet sixteen, he realises that love has evaporated from the ocean of Akram's feeling as suddenly as if love was a balloon in the hand of a naughty boy. That balloon has burst. That love has disappeared. His heart is broken but his spirit is alive, dance is alive. He is dance.

One day he notices that he has not seen Akram for many days. As usual he practices dance until lunch time and when he sees that lunch has been delayed considerably, he goes to the window and shouts at the guard to bring his lunch. The guard takes no notice. The boy doesn't get upset. Goes back to his practice and when there is no news about food he shouts at the guard again. This time the guard comes, stands in front of him. He opens his mouth to say something. No word has come out of his mouth but suddenly, the guard slaps him hard. His eyes pop out, blood rushes to his face, heat melts his body and yet he cannot move, not even one millimetre. Is it a bad dream? Is he the same guard who followed him like a faithful dog? There is no time to think. The guard grabs him by the wrist, pulls him out of the room and throws him into the street.

Back in the street as he started his life.

Was it the illness, or the loneliness, or the knife of the devil which brought an end? One quiet night when the sky is clear, the boy cannot see bright stars shining. His body lies on the edge of the street.

But right now only the moon, the cloud, the mountain and the earth know about his future. Right now he is the king of dance, queen of Akram. He is fourteen years old.

Moving day for Danny and his father.

A crazy story about three silly people, and a man's quest to find three sillier!

The story of Little Golden Hood, who can be seen in the fields like the sun.

Son of the Island and the Turtle

Uraschima Taro is kind to a small turtle, who later shows him kindness in return.