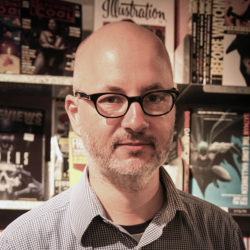 and I really don’t know if I should be telling you this, because you might even meet him around here somewhere or – even worse – try to find him and use him. But this honestly is what happened, and I swear I don’t like usually believe in ghosts or anything freaky – and he was definitely not a ghost because I touched him enough to be sure he was really there.

Not like touched him touched him, kissed him, but our shoulders definitely were in contact for a few seconds. I could feel him being there solidly like so if he wasn’t a person, that couldn’t have happened, could it? [private]

This was at Becky’s party, not a birthday party just a Becky-has-loads-of-parties party. And I hadn’t seen him before then, and I didn’t see him again until like yesterday coming home from work.

Our shoulders touched because we were sitting on Becky’s mother and mother’s boyfriend’s sofa. He had sat down next to me because I was crying – that’s what I think now. Back then, I didn’t notice him coming across the room – I haven’t got a memory of him at the party standing or dancing, just close up next to me. The sofa was bright green, though – that I remember. The kind of green that makes you feel drunk and nauseous even if you’re not.

We started talking. I think I said “Hi,” first, but he could easily have said it, or we could have said it at the same time. “Sorry,” I said, “I’m such a mess.”

“That’s okay,” he said. And he didn’t say anything else, but I felt like he meant it. Sometimes people come up to you to, like, get stuff out of you and then go away and tell other people. I didn’t get that feeling about him.

He didn’t say much else, but I did – oh boy, did I. I hope I had the decency to wait at least a few seconds, but that’s not the way it plays in my head, since I’ve started to think about it again. He just opened a tiny little crack of a door and, whoosh, in comes this ocean of me.

I told him all the stuff I never told anybody, although it was pretty obvious that everyone knew it already. I didn’t cover my arms, because it was fine not to – you weren’t joining any kind of club by showing off the scars, but I wasn’t ashamed. Well, I was ashamed but I wasn’t a hider.

And I talked about food and, my god, like told him what I really would like to do – if I could – which was eat nothing ever again and at the same time eat everything ever. “I’m such a total pig bitch,” I said – and he said, I realise I haven’t even described him. I will. Right after I say that he said. He said, “Hmmm.” He did not say, “You’re not,” or “I don’t think you’re a total pig bitch” like he would have done, if he was trying to like pick me up.

He was not all that good looking. He was an average boy. One day, he might have grown into looking a lot better than he did. That sounds mean. What I mean is, no-one was going to whisper about him from one corner to another because he was the new great thing at a party. He was probably someone’s younger brother or cousin, and was around that Friday or Saturday night. But I remember looking at his eyes and they were – horrible word – gamechangers. They were green like you’ve never seen.

“Are you from Ireland?” I asked. He shrugged and I got the idea he’d meant no. He wasn’t not talking because he was shy. I think he was not talking so I’d talk, which (I’m so embarrassed and other things now) I did.

I told him about my medication, and how sometimes I took too much of it and then other times I didn’t take it at all for weeks, because I wanted to see what happened.

And I must have told him everything else, about what I shouldn’t have done. I was probably trying to impress him, and he was probably just thinking if he’d got any girl there drunk enough she’d have said pretty much the same stuff.

It wasn’t rude, but he stood up and walked across the room and out. My eyes weren’t mucked up with tears any more, so I had a clear view of his back. He was wearing T-shirt and jeans and sneakers, and I thought maybe I should go after him, but then I didn’t because I was feeling a little bit better after all that crying and talking and maybe it would be an idea to dance – I liked the song.

You know, I never connected it – absolutely never, which makes me feel like such a bitch – I never thought it had anything to do with anything, but after that party I did start to feel a little bit better about lots of little things. There was no miraculous Hey, I’m suddenly super moment, but I wasn’t my worst enemy any more. Food and eating got a bit more in balance. Food wasn’t the only thing I thought about, apart from how loathsome I was. And the cutting didn’t like disappear immediately, but pretty soon there wasn’t this reason for it or that trigger. I realised, a year or so later, that the pressure wasn’t coming out that way – it was coming out in drawings and writings and friends I’d thought would be bored by it but turned out actually to be prepared to listen. Medication was something I treated with respect and used until I didn’t need it except as a balance.

So, yes, years pass and life – my life – happens in the way it’s happened. Which is to say, not all great but not the total disaster of being repulsive and unloved that if you’d asked me the week before that party of Becky’s I’d have said would be My Fate. Life happens and includes other people and love, sometimes men and twice a woman, and a job and my apartment.

And yesterday I recognise him. I’m not not giving his name because I’m being difficult – I never ever found it out, although I did ask. I promise. I am not such a bitch that I liked him and spoke to him at a party and never tried to see who he was. When I asked, no-one seemed to know. Becky thought he’d crashed it. Fifteen years after the party, I recognise him crossing the street, although you’ll see that was quite something – to recognise him. We’re going the same direction, and by the time we make it to the other side I’ve said, “You?”

He doesn’t pretend not to know me. “How are you?” he asks.

“I’m good,” I say. And I don’t ask him how he is, because he’s still dressed like that kid at the party he was. He’s in sneakers, jeans and a T-shirt that shows his arms and my scars have faded till they’re only visible when I’m angry or in a pool but his are some of them still scabby. And those arms of his are not healthy – they are covered with that floaty hair that stays in the same place for a moment when you move. Very thin person hair. His shoulders are down and his hair on his head is something you don’t want to get too close to. He hasn’t grown up to be who he might have been.

I look at his green eyes just at the very second I remember his eyes are green, and they haven’t changed even if everything else has.

“Yeah,” I say. “I’m -” Which is when I get this feeling that made me say earlier he wasn’t a ghost because I don’t believe in ghosts but weird, definitely weird. I get this whoa, I’m standing at the edge of a chasm feeling – and like I didn’t even know I was anywhere near a chasm, but look down and there’s miles and miles of darkness going down and down, and it’s because of him.

He knows what I mean even though I don’t completely know what I mean, yet.

“Really?” I’m putting it in twice but I only said it once, but I meant it like a thousand times.

And he says, “Well… yes.” He seems more capable of talking than he used to. (Listen to me, describing him like I knew him for a year rather than an hour.)

“Then thank you,” I say, and I walk off in the other direction, straight to where I’m parked and I drive home to our apartment so I have somewhere to cry in private, because why would he do that? Why would he take it all away and just walk out of the party with it? That was my it. Those were my arms on his shoulders, and he shouldn’t’ve had to do that for anyone, but why did he want to for me? Because I’m not special, I was just on that sofa and crying when he sat down.

Jorindel loses Jorinda to an evil witch, and must find a beautiful flower to save her.

A crazy story about three silly people, and a man's quest to find three sillier!

The death of a exemplary servant is widely reported.